¡Run and delay your cell aging! 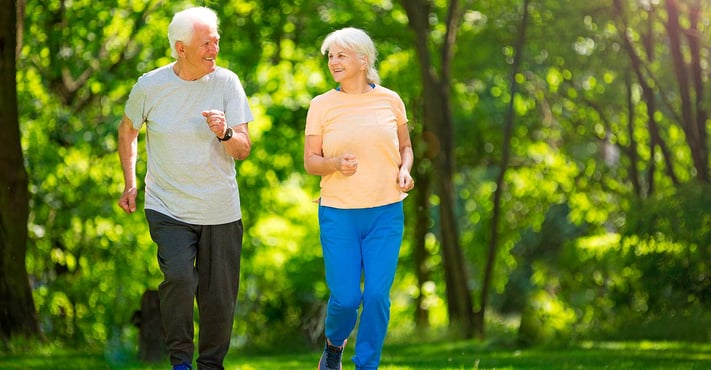 According to recent research, hard and constant physical exercise slows down the natural aging of body cells and delays at least 9 years of biological age in a very active person.

Yes, running for 30 to 40 minutes at least 5 days a week can slow down the cellular aging process. The research that proves this describes how, through constant and vigorous physical activity, the shortening of telomeres, which are a kind of protective caps located at the ends of chromosomes - structures located inside cells containing our genetic information (DNA) is discouraged.

Telomeres work in a similar way to the plastic tips at the end of shoelaces, as they prevent the ends of chromosomes (which look like threads) from fraying and sticking to others. Telomeres are determining in our biological age, since their length is shortening the more years of life we ​​have.

Why do we age?

When telomeres become too short, they lose the ability to protect chromosomes, causing cells to stop working and die. Various poor lifestyle factors, coupled with lack of exercise, can also contribute to shortening of telomeres, causing oxidative stress, which renders the body unable to compensate for cell damage.

The study conducted by Professor Larry Tucker, from the Department of Exercise Sciences at Brigham Young University in Provo, Utah (United States), reaffirms and demonstrates the great importance that physical activity has in human beings, not only to prevent and control various diseases, but also - and especially - to protect them against cellular aging.

The more exercise, the better

To slow down biological aging, it is not just about doing a little physical activity. Tucker's research found that, comparing the case of sedentary people with others who were moderately active, telomere length was not significantly different. While in individuals with high levels of physical activity, a telomere length was shown, representing a biological age of 9 years less.

To protect against cellular aging, it is advisable to achieve representative levels of physical exercise. Thirty minutes of jogging a day for 5 days a week is considered highly active for women, while 40 minutes of jogging under the same scheme is highly beneficial for men.